Update - This post is no longer relevant. Just use ALE and ESLint!

Because I have never really been able to get away from it. Even the best IDEs feel cluttered and heavy to me. I guess I prefer a Less-Integrated Development Environment for some reason; one that hides its clutter under an obtuse scripting language and staggering configuration files. It's weird. But I'm not the only one.

So far, trading some of the advanced tooling of good IDEs for vim's simplicity has been productive. But that's not to say that I don't like a good code toolchain. With vim, and especially when developing JavaScript, the single most important practice I have adopted is in-editor code linting. Besides forcing cleaner code, linting catches a surprising number of bugs. Doing so while still in the editor means less context switching (editor/browser/editor/browser) and streamlines development.

JSLint or: How I stopped worrying and learned to love Douglas Crockford

I'll skip the discussion about which JavaScript linting tool is best and just say that I use jslint. The more I have learned about JavaScript, the more I have come to trust the (many) opinions of JSLint's creator. Besides, as long as you trust the source, an opinionated linter is a good thing, not a bad thing. #lettheflamesbegin

As the README.md says, jslint.vim is no longer under active development. However, it still seems to work, and all it really needs is an up-to-date version of jslint. Here's how I got it working on OS X and Linux:

Notice that we have simply defined JSLINT as require('jslint') and removed related variables. 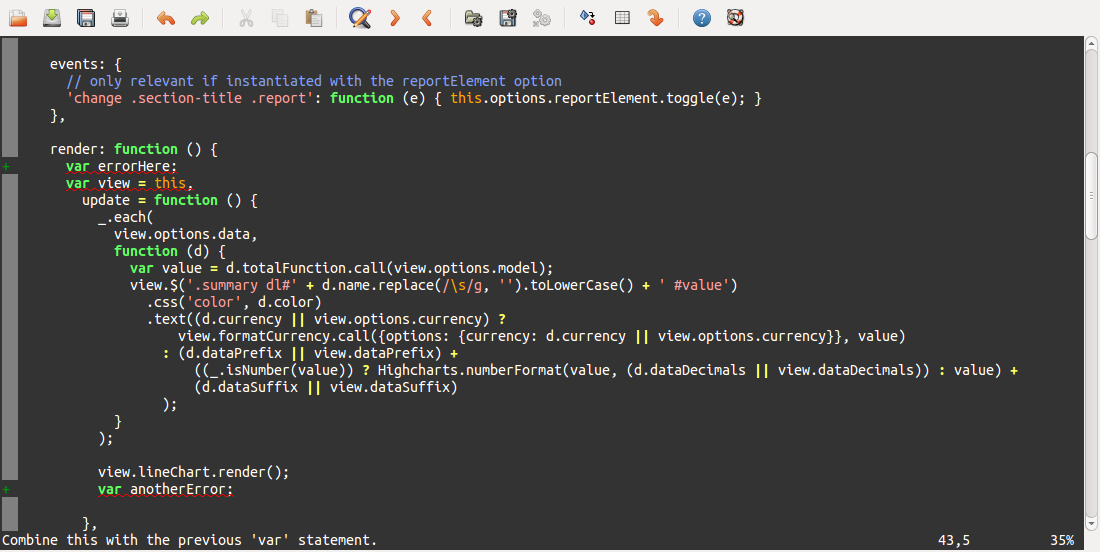 Here we see jslint.vim in action. Notice the underline/highlighting and the status message explaining the error.

Syntastic can check the syntax of dozens of languages, many of which can use multiple linters or syntax checking tools. For JavaScript jslint, jshint, and others are supported. The vim docs are thourough and succinct, so check those out after you install. Here's how I got syntastic working on OS X and Linux:

If you don't have the necessary permissions for a global npm install you can do
cd ~;
npm install jslint
which will install it at ~/node_modules/jslint.
You can get the executable in your path like this:
mkdir ~/.bin
ln -s ~/node_modules/bin/jslint.js ~/.bin/jslint
and then add
export PATH=$PATH:$HOME/.bin
to your .bashrc or .bash_profile. 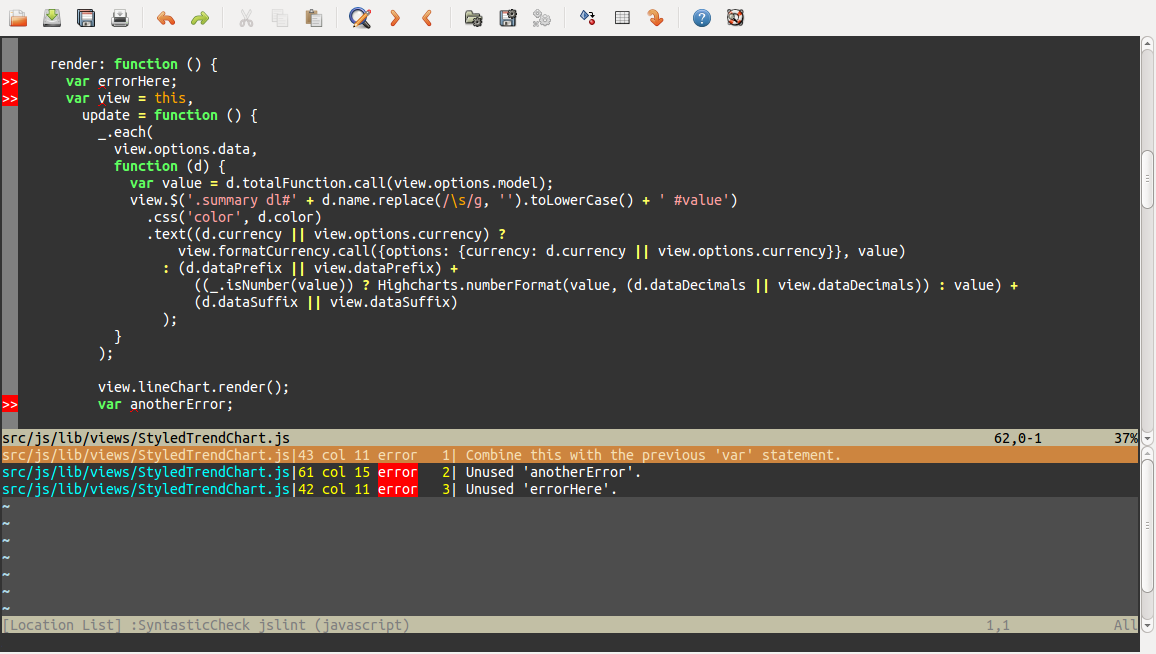 I create videos that I don't want to upload to Youtube or Vimeo. There's nothing sketchy about my videos; I just don't want to share my family videos with the world, nor do I need Google's machine learning dissecting my kids into advertising data points. So, I want to self

Use S3, Lambda, and MediaConvert to create an automatic video encoding pipeline.